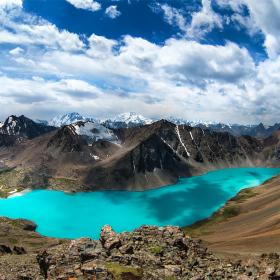 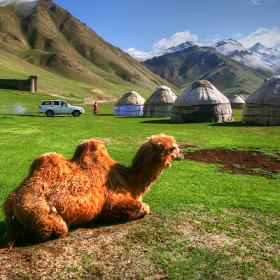 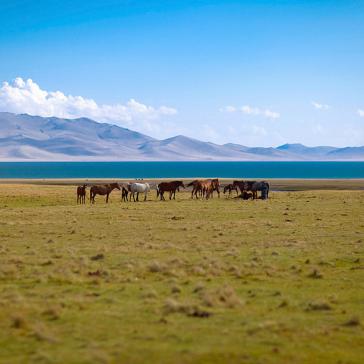 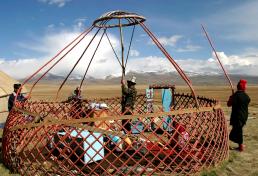 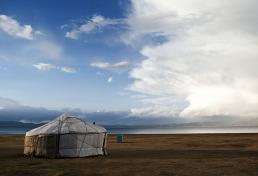 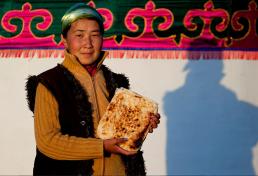 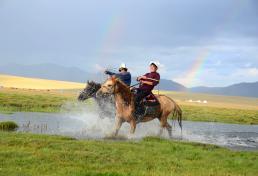 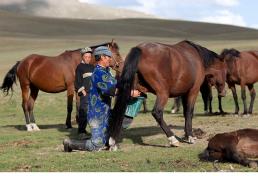 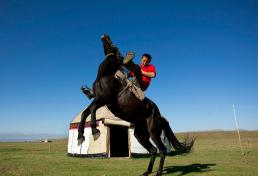 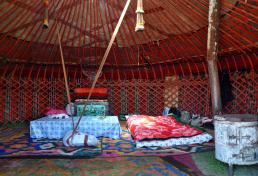 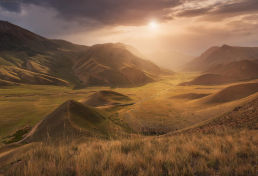 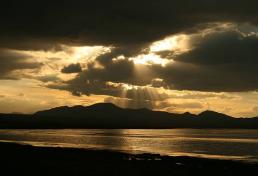 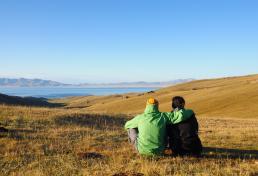 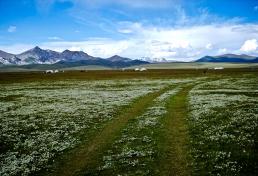 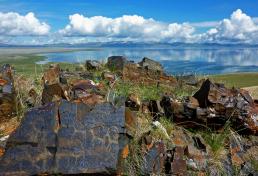 Son-Kul is the second largest lake in Kyrgyzstan. Its area is ​​278 sq. km. It is situated in a valley between two mountain ranges at the altitude of 3016 m. The depth of Son-Kul reaches 14 m. The lake is inhabited by 10 species of fish, and on its shores you can see up to 70 species of birds, including waterfowl ones.

The water of Son-Kul is unusually clean, and it should be noted that it can change its color, from sky blue on a clear day to purple on a cloudy day. The eastern part of the lake refers to Karatal-Zhapyryk National Wildlife Refuge.

The surrounding landscape is essentially free of trees, the spacious meadows around the lake have been used as pastures (jailoo) since ancient times. Shepherds drive their cattle here during the summer months. At that time they live in a traditional house, the yurt.

Horse back riding tour from Shamsi to Son-Kul